Join Us for the 2014 International Day in Support of Political Prisoners in Iran – Washington DC, 22 June 2014 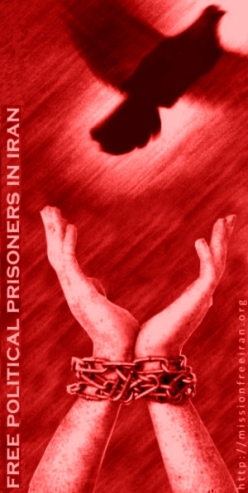 The demands of this international action are as follows:

1. We demand the immediate and unconditional release of all political prisoners and prisoners of conscience in Iran.

2. We demand a halt to all current execution sentences, and a halt to issuing further such sentences by the Islamic judiciary system in Iran.

3. We demand that the Islamic regime of Iran must be isolated politically and diplomatically on an international level, and their diplomats and delegates must be expelled from all international organizations, including the United Nations, and especially the UN Commission on the Status of Women and the International Labour Organization (ILO).

4. We demand the closure of the embassies and offices of the Islamic regime of Iran.

We call honorable people worldwide to join us in raising a global demand for the immediate and unconditional release of political prisoners in Iran!

See other cities participating internationally at the website of the Campaign to Free Political Prisoners in Iran.

« Iranian Political and Human Rights Activists Seeking Asylum Brutally Attacked in Turkey
Statement on Jailed Workers in Iran on the Occasion of 20 June: International Day in Support of Political Prisoners in Iran »