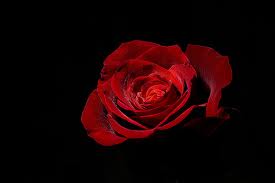 [FARSI]
We declare Tuesdays as a day of solidarity with the families of political prisoners, and we will continue to show solidarity with the political prisoners and their families on these days until the total and complete overthrow of the Islamic Republic in its entirety, including all its flanks and filthy cliques. On this day of the week, wherever we are, and preferably in front of the Islamic Republic embassies – these houses of terror and crime, these pits of espionage and dissemination of Islamic reactionary ideology – we will remember the political prisoners and show our solidarity and sympathy with them and their families.

We ask honorable people in Iran to go on Tuesdays, with a red rose in hand, and join the families of political prisoners outside the prison gates.

Wednesdays are days of executions. Not that the Islamic Republic doesn’t execute on other days – it does – but in any case, the Islamic headmen prefer Wednesdays for killing people. Perhaps the excitement of taking the life of a human being in the middle of a long work-week reduces the boredom. We too await the day that is coming – and it is a day that is coming very soon. This day could be tomorrow! The day of answering, the day of the peoples’ revolutionary courts, the Court of the Bloody Decade, the court of Khavaran, the court of the Sanandaj garrisons, the Court of Ahwaz, and Anzali (1) and Ghombad (2) and Nekah (3)… the Court of all Iran and all people of Iran.

Especially now that the regime of crimes and atrocities, once again fearing that the day of answering is drawing near has raised the gallows again, our presence and solidarity with the political prisoners and their families are becoming even more important.

Tuesdays are visiting days. Not that every Tuesday the families of the prisoners get to visit their loved ones. The reality is that many families of jailed victims have queued for months or even years behind those closed iron doors without seeing their beloved. They have bowed to and bribed every pasdar and mullah and torturer and basiji, to every expert in rape, lashing, kicks and punches, and to other similar non-entities [without once seeing their beloved]. In any case, Tuesdays are the days that the families of political prisoners gather in front of the prison gates.

Our people are indebted to political prisoners. We are indebted to all of those of today and of yesterday: for being human, for thinking and wanting, for opposing the filth and crimes of the Islamic regime of stray and rabid dogs like Khomeini and Rafsanjani and Khamenei and Khalkhali and Hassani and Mousavi and Ahmadinejad. They have been beaten and broken and put under torture, and yet they continue. And Kahrizaks and Evins are filled with them. Holding Tuesdays of Solidarity, from today until the fall of the Islamic Regime, inside and outside of Iran, in front of the Embassy, side by side with the families in front of the prisons – this is but a little step towards paying the debt that we have to these, our loved ones, political prisoners and their families.

(1: Anzali is a major port on the Caspian Sea where the Islamic Republic, in the first days after their counterrevolution, massacred impoverished fisherman who protested against the regime’s rules and regulations that ruined their livelihoods such they could not go fishing. These were very poor fishermen who worked from rowboats. The Islamic Republic opened fire on all of them with machine guns and killed many.)

(2: Ghombad is a place in Iran where Turkman people, who had created their assemblies to democratically conduct their community’s business – schools, cities, water – were attacked by the Islamic Republic. The leaders of the assemblies, who were utterly defenseless, were all arrested and executed directly.)

(3: Nekah is the city where an orphaned 16-year-old girl Atefeh Rajabi was mercilessly executed by the Islamic Republic of Iran.)

2 thoughts on “Tuesdays Until the Islamic Republic Is No More | سه‌ شنبه‌ها تا خود سرنگونی!”