ICAE Statement: The mass execution of political prisoners in the summer of 1988 was genocide 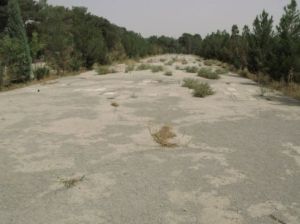 The Iranian Revolution [which marks its beginning in June 2009] turned the eyes of the world towards Iran and blew the dust away from the hazy picture of 31 years of crime and genocide that people have suffered under the rule of the Islamic Republic. Today, the whole world is witness to the bloodthirsty political system confronting Iranian people. The International Campaign to Save Sakineh Ashtiani has drawn the attention of people worldwide to this reality: the Islamic Republic is a regime of stoning, execution, flogging, torture, enslavement of women, and utter denial of peoples’ rights.

On the 18th of September, people should demonstrate everywhere, and demand the freedom of Sakineh, as well as the legal and practical abolition of stoning, flogging, torture, and execution. Loudly declare that you stand with Iranian people in their endeavor to bring down this regime.

This regime is the murderer of the Iranian people, and it is the shame of all humanity. This regime should be brought to an end.

(1) “Minute courts” is the name given to these summary trials, which lasted less than 5 minutes in total and were followed by immediate execution.

(2) “The Genocide Convention of 1948, to which Iran has been a party since 1949, applies to killings of, or causing serious mental or physical harm to, members of a racial or religious group as such, with intent to destroy that group in whole or in part. The “religious group” that the Iranian regime intended to destroy in the second wave were those in its prisons who had been born Muslim but who had later renounced Islam. Whether or not atheists should count as a “religious group” for the purposes of the Convention, it is clear that persons who are born into a particular faith that they later renounce can be so categorised. This is a feature of the second wave of killings and is one reason why they must, in international law, engage continuing attention. And it must never be forgotten that the first wave of killings, although triggered by fury at the “Mersad” incursion, was based on the conclusion that the MKO version of Islam was a blasphemy. Both the MKO and the leftists were condemned as moharebs, warriors against God, whose divinely ordained punishment was to be enforced by the state.”

The legal argument for judging the regime to be guilty of genocide begins on page 106.

One thought on “ICAE Statement: The mass execution of political prisoners in the summer of 1988 was genocide”