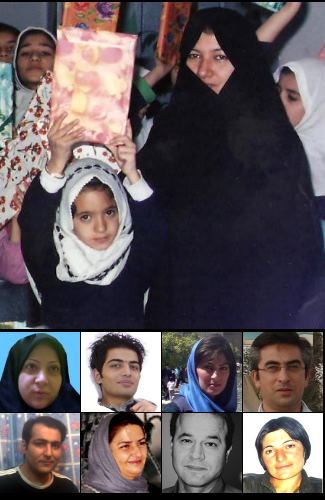 These are Mission Free Iran’s prepared remarks for the August 26 press conference, held by Mina Ahadi and Maria Rohaly at the University of Maryland’s Riggs Alumni Center. The press conference lasted about 2 hours, beginning with Mina’s statement and presentation of new documents relevant to the case, followed by this statement. A substantial question-and-answer session followed. Iranian, Brazilian, and American media were in attendance, as was a representative of an NGO (Equality Now) and several members of the public.

Our organization, Mission Free Iran, emerged in the wake of the June 2009 elections to echo outside of Iran the demands for freedom, equality, and social justice that continue to be articulated by the ongoing uprising inside Iran. Yet stoning people to death flies in the face of concepts like freedom, equality, and social justice. We understand the political importance of gruesome acts like stoning and public execution to the Islamic Republic, and that is why we have put our full efforts behind the campaign to free Sakineh, and behind the 100 Cities protests.

Without the horrors of stoning, the horrifying spectacle of people being hung publicly from cranes for everyone to witness the regime’s brutality, without the mass graves of Khavaran and the terror of Kahrizak and other prisons in Iran – without the ever-present threat of death, rape, and torture, the Islamic Republic would cease to exist. Because it is not the legitimate government of people in Iran.

Without imposing death sentences on political prisoners like Jafar Kazemi, Zeinab Jalalian, Ebrahim Hamidi, and Shiva Nazar Ahari, among thousands of others, people in Iran would bring an end to this regime without hesitation.

Violence, execution and stoning are the only measures that the Islamic Republic has to solve its problem – its lack of legitimacy as the government of people in Iran. In order to stifle dissent, this regime must resort to the basest forms of savagery to terrorize people into silence.

So when Sakineh’s children reached out to the people of the world to stop the execution of their mother – because as they have said, there is no justice in Iran – we all could respond in only one very human way – we echoed the demands of people in Iran that the stonings and killings must stop. Right now.

Although the people of the world have been asked to support the freedom-seeking people in Iran, we must be very clear that neither military interventions nor economic sanctions have ever solved this kind of problem. And we have only to look as far as Iraq and Afghanistan to see evidence of that. Those kinds of measures only result in the deaths of people, in hurting people. They only create more problems.

The only humane, ethical way to rid society of the problem of the Islamic Republic is through unconditional support of Iranian people in their struggle against this regime, and in their fight for their human rights.

This form of humane support is not only the request of people in Iran. As we witness the 100 Cities protests against stoning gearing up for this weekend, it is plain to see that people on every continent – except Antarctica – are coming to the street to demand an end to the brutality and stoning and execution in Iran. This is a global demand for recognition of the human rights of people in Iran. And by extension, it is a global demand for the recognition of human rights of people around the world.

It should be understood that the campaign to save Sakineh and put an end to stoning in Iran and around the world will continue beyond August 28. With all of the organizations that have been working together on this campaign to stop stoning and execution, we will move the campaign to the next level.

We are going to see to it that, as women are the main victims of this regime, the Islamic Republic of Iran is going to be removed from the UN Commission on the Status of Women. A regime that enforces gender apartheid and stones women to death has no place on an international, UN commission whose sole function is to work to promote gender equality. It is like asking an apartheid-era South Africa to sit on a commission working for racial equality. We will not tolerate the Islamic Republic on the women’s commission. They have no place at the table.

We will demand that the Islamic Republic be removed from the World Health Organization, because it forces medical professionals, to gouge out peoples’ eyes, to cut off their hands and feet, not for the purpose of healing them, but as part of a barbaric penal code that belongs to a pre-medieval era. The Islamic Republic pressed medical professionals into service to abort the 6-month-old fetus of Maryam Ghorbanzadeh, so that the regime could hasten this woman’s execution. The regime routinely withholds medical treatment from political prisoners in greatest need of it, including Hamid Rouhinejad, who suffers from multiple sclerosis and is refused medication as a form of punishment. His condition worsens every day. They do the same to many others, including Isa Saharkhiz and Mansour Osanloo.

Such a regime has no place on an international body, the purpose of which is to promote health and well-being.

We will also push for a UN resolution that criminalizes stoning by whoever commits the act, wherever it is committed – by it by an individual, an organization, or a government. Stoning must be abolished worldwide.

To do this, we need people in the street and we need to organize our efforts in such a way that politicians and governments understand that there is not a way out of this. The UN and its constituent governments should understand very clearly that people worldwide demand an end to stoning, and we will continue to push for a resolution to end this barbarism until we get it.

We call on all Iranians in the diaspora who cannot tolerate this regime any longer to join these efforts. We call on all honorable people, Iranian AND non-Iranian, to join this movement. And we make a special call to the American people to ensure that if Ahmadinejad attempts to enter the United States of America in September for the UN General Assembly meeting, we will not allow him to set one single foot inside this country.